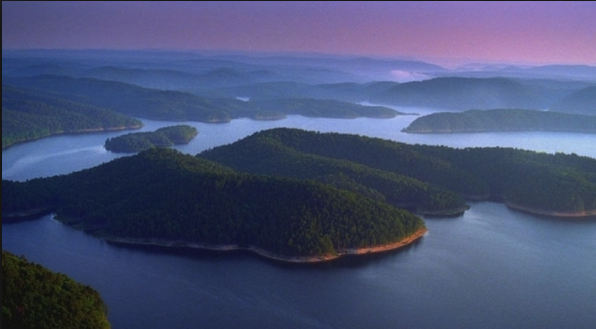 55+ communities in Oklahoma are becoming a popular option for the area's active adults and retirees. Although mostly rural, Oklahoma has two major cities, Tulsa and Oklahoma City, where most of the population lives, creating thriving cultural epicenters that act as the state’s main draw. Age-restricted neighborhoods in Oklahoma also enjoy a varied landscape, boasting ranges, prairies and forests, sure to keep the active adult busy with plenty of recreational options while living in an Oklahoma retirement community.

Oklahoma encompasses over 68,000 square miles, making it the 20th largest state in the country. Age-targeted neighborhoods in Oklahoma are part of one of six states in the Frontier Strip. It is bordered by Kansas to the north, Arkansas and Missouri to the east, Texas to the south and near-west, New Mexico to the far west and Colorado to the northwest.

Oklahoma is between the Great Plains and the Ozark Plateau. Age-restricted communities in Oklahoma are located in one of the most geographically diverse states in the country with ten distinct ecological regions. Oklahoma has four primary mountain ranges. Cavanal Hill, near the state’s eastern border, is considered the world’s tallest hill, failing to qualify as a mountain by one foot. The northwestern corner of the state features natural forests amid a rolling to flat landscape that also has canyons and mesas. Oklahoma also has more than 500 creeks and rivers with 200 lakes created by dams. Age-targeted communities in Oklahoma also have access to prairie grasslands, marshlands, and cypress forests.

55+ neighborhoods in Oklahoma experience a temperate climate with occasional extremes. Oklahoma is considered to be a part of Tornado Alley, seeing on average 62 tornadoes a year, one of the highest in the world. The eastern part of Oklahoma has a humid subtropical climate with summer highs in the mid 90s to lows in the upper 60s. Winter temperatures typically range between the mid 20s to the mid 50s. Southern Oklahoma has less than four inches of snowfall a year yet northern Oklahoma has over 20 inches. Rainfall varies from 17 inches in the panhandle to 56 inches in the southeast.

Age-targeted communities in Oklahoma have 35 state parks to enjoy. Lake Murray State Park is Oklahoma’s largest state park with over 12,500 acres and is in the south central Oklahoma region. The state’s geographic diversity allows for all kinds of outdoor activities ranging from kayaking to hiking and from fishing to birding. Oklahoma is also known for their collection of gorgeous gardens that anyone can enjoy, whether you like European-inspired picturesque courtyards or tropical outgrowths.

55+ neighborhoods in Oklahoma also have two major cities at their disposal, Tulsa and Oklahoma City. Tulsa, in the northeastern part of the state, has the Philbrook Art and Gilcrease Museum, the Tulsa Performing Arts Center, several gardens, and the Tulsa Zoo for when the grandkids visit. Oklahoma City has the unique Museum of Osteology and the National Cowboy and Western Heritage Museum. History buffs will also enjoy the Overholser Mansion and the Oklahoma History Center. Age-targeted communities near Oklahoma City will also enjoy the urban experience mixed with lakes, parks and gardens. Sports fans have a choice of teams to root for including the Oklahoma City Thunder, Tulsa Roughnecks FC and the Tulsa Shock. College sports are a major attraction with the University of Oklahoma Sooners and the Oklahoma State Cowboys drawing major crowds.

Active adult neighborhoods in Oklahoma have over 150 hospitals within their state’s borders. Oklahoma City has Integris Baptist Medical Center, OU Medical Center and St. Anthony Hospital. These hospitals have high-performing specialties in nephrology. Tulsa is home to St. John Medical Center which is well noted for its urology department.