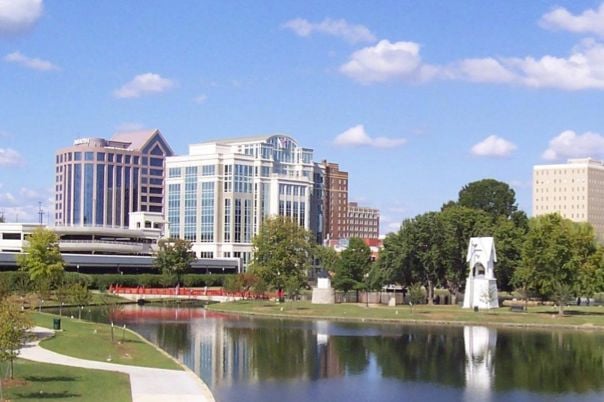 Alabama offers excellent living opportunities for active adults and Baby Boomers. This southern state is home to 4.8 million people spread across 52,000 square miles that range from mountainous areas in the north, to white sand beaches and the Gulf of Mexico in the south. Major economic growth over the past 20 years has been due to a boom in Alabama s industrial outputs including steel, lumber, and the expanding automotive industry. Most people looking for active adult communities might not consider Alabama, however this great state is a well-kept secret among Alabama active adults.

Alabama is classified as a humid subtropical state. With an annual average temperature of 64 degrees, Alabama active adults enjoy hotter summers and milder winters. In the northern part of the state, especially around the Appalachian Mountains, the climate tends to be cooler and receives more rainfall than the southern region. Active adults love Alabama for its friendly climate and less than average amounts of precipitation.

Tennessee, Georgia, Florida, Mississippi, and the Gulf of Mexico all border the state of Alabama. Numerous waterways cut through the state such as the Tennessee River in the north and Alabama River in the south. Elevation in the state ranges from sea level in Mobile Bay to over 1,800 feet in the Appalachian Mountains with the highest point being Mount Cheaha at 2,413 feet.

Active adults living in Alabama enjoy a state that is rich with culture. Starting with indigenous people, Alabama was home to many historical tribes such as the Cherokee, Choctaw, and Creek. During the 16th century the Spanish were the first Europeans to reach Alabama. Admitted to the union in 1819, Alabama is home to some of the most important events in the fight for civil rights. In 1954 the US Supreme Court ruled in the case of Brown V. Board of Education that all public schools must be desegregated, a milestone achievement for African Americans across the country.

Alabama active adults also enjoy endless opportunities for recreation and entertainment. Nature lovers will love the four national forests in the state and the thousands of miles of hiking trails. Those more interested in a relaxing lifestyle on the beach can find many opportunities along the Gulf of Mexico.

Alabama is also home to many notable sporting events. The University of Alabama and Auburn University are among the top college football programs in the country. The Talladega Superspeedway hosts multiple racing events every year, including many NASCAR events. With so much going on in Alabama there is surely something for all types of active adults.

Those looking to move to an Alabama active adult community can expect to enjoy a fairly low cost of living. Personal income is taxed depending on the amount earned at 2%, 4% or 5%. The state s general sales tax is 4% while the current corporate income tax is 6.5%. It is ranked as the lowest tax burdened state and has the lowest property taxes in the country. Residents can be assured their property taxes will stay low, as the current state constitution requires a voter referendum to raise property taxes.

There are 128 hospitals in Alabama. With approximately 9,600 active physicians in the state, Alabama offers 260 physicians per 100,000 people ranking them 44th in the country. The University of Alabama Hospital is the only level 1 trauma center in the state and is also the largest state government employer with a workforce of about 18,000 employees. Active adults living in Alabama active adult communities should feel confident knowing they are never too far from great medical services