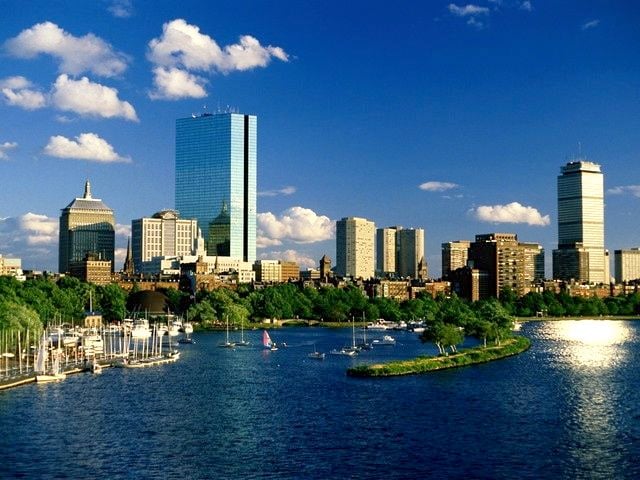 Rich with culture and history, Massachusetts is an ideal place for active adults looking for a state that offers natural beauty, remarkable cultural events and top-notch healthcare. From small Atlantic beach towns and big cities to mountains and farmland, Massachusetts has it all. Although, the cost of living is higher than most states there are many regions that are less expensive. Its diversity assures that there is a Massachusetts s 55+ community where you can be ecstatic and peaceful in retirement. Some of the most notable Massachusetts active adult communities are located in and around the Boston area. These communities include Oak Point, Great Island, and The Villages at Quail Run.

Massachusetts is the 7th smallest state and is located in the New England area. It is ranked the most populous of the six New England states. New Hampshire, Vermont, Connecticut, Rhode Island and the Atlantic Ocean neighbor Massachusetts.

Massachusetts has cold, snowy winters and moderately warm summers and tends to be considered a humid continental climate. Annually, the state gets around 50 inches of rain and has gotten hit by tornados and tropical cyclones in the past. Even though Massachusetts is a small state there are still distinct differences between the western and eastern parts. The western part of the state is more mountainous with the Berkshire Mountains. Central Massachusetts is more rural and the Eastern part of the state has metropolitan areas with sandy beaches and rocky coastlines.

Massachusetts is rich in history and heritage and is proud of its culture and influences toward the establishment and growth of America. Pulling from its Native American and Yankee roots, it was the home to numerous notable religious, literary, cultural, and political leaders of America throughout the centuries.

Massachusetts takes great pride in its culture and has an abundance of museums and historical sites. Some of the popular ones active adults enjoy include Museum of African American History, Museum of Russian Icons, Worchester African Culture Center, Gallery of African Art, Boston Museum of Fine Arts, Springfield Armory National Historic site, Freedom Trail and Minute Man National Historical Park. Plymouth Plantation and Old Sturbridge Village are two museums that recreate life as it was in the 17th and early 19th centuries. Massachusetts s active adults who consider themselves to be history buffs will enjoy any one of these historical sites.

Massachusetts established the manufacturing of textiles and shoes but since has been replaced by electronics and communications equipment fields. The state plays an important role in dairy and poultry products, nursery and greenhouse produce, vegetables and fruits and is also the second-largest state in the nation for cranberries. With the numerous recreational and historic sites Massachusetts has become a huge state for tourism. No matter what your interests and hobbies are there is sure to be something for all active adults within Massachusetts.

The cost of living in Massachusetts is higher than the nationwide average however, the average yearly income is higher than the US average. Overall the state is ranked 11th highest in the United States for its local and state tax burden. The state imposes a 6.25 percent sales tax and all real and tangible personal property is taxable unless specifically exempted by statute. The state also ranks the 8th highest in the nation for property tax.

Active adults and retirees benefit from the fact that Massachusetts is home to over 100 hospitals and it normally ranks very high among states in most health and disease prevention categories. As of 2013, Massachusetts is ranked 4th in healthiest state in the nation. Their strengths include a low number of uninsured residents, low occupational fatalities rate, low prevalence of obesity and ready availability of primary care physicians. The average life expectancy is 78.4 years which is the fifth longest in the country.