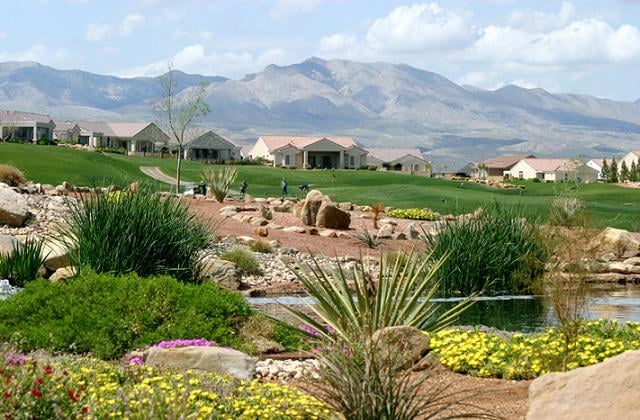 Like most of the western states, Utah has few days of thunderstorms. The state has a dry, semi-arid climate due to the location in the rain shadow of the Sierra Nevada and Wasatch Mountains. Summers are hot and dry with plenty of sunshine and there is plenty of dry snow in the mountains.

Utah touches the corner of New Mexico and borders Nevada, Wyoming, Colorado, Idaho, and Arizona. It s known for its natural diversity from deserts with sand dunes to forests in mountain valleys, Utah has varied regions. The northern center of the state is called the Wasatch Ranch and has many ski-resorts. At the western base of the Wasatch Range is the Wasatch Front that has valleys and basins. Western Utah is mostly arid with freshwater lakes. The south and southeastern parts of the state is filled with sandstone and the eastern part is a high-elevation area. The southwestern area is the warmest part, which explains why many of Utah s active adult communities can be found in the southern part of the state.

Active adult communities in Utah embrace the great outdoors. It is an outdoor adventurer s paradise, especially in the northern part of the state with the Wasatch Mountains and world-class ski resorts like Park City and Deer Valley. There are five national parks: Arches, Bryce Canyon, Canyonlands, Capitol Reef, and Zion. Utah s popular winter sports are easily accessible, unlike most large states where most places are spread far apart. With 42 state parks and 22.8 million acres of public lands are plenty of opportunities for golfing, mountain biking, hiking, waterskiing, boating, and more.

In addition to outdoor recreation, Utah does have many cultural attractions throughout the state. The Utah Museum of Fine Arts at the University of Utah is the largest art museum in the Intermountain West with more than 18,000 works for art. Other popular attractions include the Springville Museum of Art, Salt Lake City Gallery Stroll, Natural History Museum of Utah, Dinosaur National Monument, Cleveland Lloyd Dinosaur Quarry, Cedar Mountain Formation, and so much more.

Utah is home to Sundance Film Festival, one of the largest and most well-known independent film festivals in the United States. Temple Square, Red Rock Film Festival, DOCUTAH Film Festival, and the Shakespearean Festival are other popular cultural attractions hosted in Utah.

Utah is home to some of the priciest areas in the country like Park City. However, the cost of living in Utah is just 3.8% higher than the national average. The state s unemployment rate is significantly lower that the rest of the nation. Utah adopted a 5% flat income tax system in 2008. While the state taxes Social Security benefits, it does provide a retirement-income tax credit for income-eligible seniors. There is also tax exemption for military retirees. Property taxes are collected locally and there are tax breaks for homeowners and renters aged 66 and older.