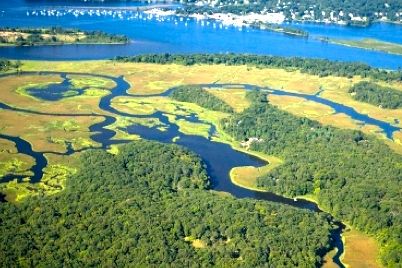 Central Connecticut consists of Hartford and Litchfield counties as well as the Greater New Haven area. Central Connecticut includes towns like Burlington, New Britain, Plainville, Plymouth, Berlin, and Southington. The Connecticut River Valley lies in the middle of the region and provides a great sightseeing destination for adults 55 and better.

Central Connecticut attracts many active adults and retirees due to its rich history and culture. Sights such as the Mark Twain House and Harriet Beecher Stowe Center in Hartford, CT offer tours of these historic homes that have been beautifully restored. Architecture lovers can visit the Hatheway House in Enfield, which is one of the largest 18th century homes in the state.

There are also plenty of outdoor attractions near 55+ communities in Central Connecticut like parks and forests, nature centers, gardens, and scenic hiking trails. Active adults can visit Bushnell Park that s known for having a restored 1914 carousel or the Science Center of Connecticut in West Hartford, which is a hands-on museum that features live animals and science exhibits. There is also a Dinosaur State Park in Rocky Hill where 2,000 dinosaur tracks were uncovered during a building excavation in 1966. The Connecticut River Valley boasts picturesque riverboat cruises, and in Essex active adults can ride a vintage steam train and riverboat along the Connecticut River Valley.