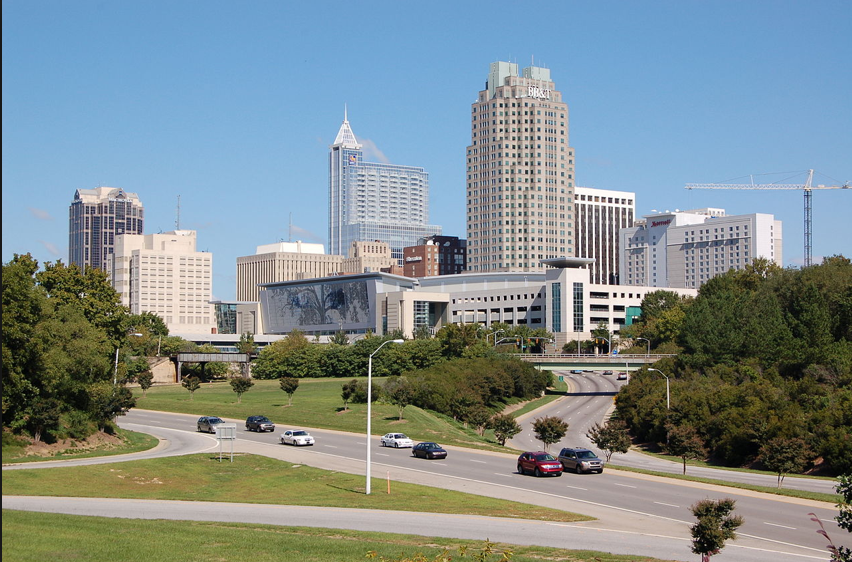 Popular active adult communities have been springing up throughout the Raleigh-Durham area, also known as the Research Triangle region. Active adult communities in Raleigh-Durham attract active adults due to the area s strong economy, laidback lifestyle, and four-season climate that still offers generally mild winters. Many second chance retirees who originally moved to Arizona or Florida later relocate to active lifestyle communities in the Raleigh-Durham region. With so many active retirement options to choose from, you can be certain to find the right 55+ community in Central North Carolina perfect for you.

Its location on the Gulf of Mexico jet stream gives Raleigh 55+ communities and its surrounding regions a humid subtropical climate, with gentle, lingering springs and average yearly daytime temperatures comfortably in the 70s. Summers are warm and humid, with summer daytime temperatures commonly reaching the high 80s. Only in January and February do the nighttime temperatures regularly dip just below freezing with the occasional bout of snow or ice, due to the higher altitudes of the Piedmont region.

The active lifestyle communities in the Triangle are generally sunny, with most months averaging just three inches of rain or snow. July s rainfall is a bit heavier, due to tropical thunderstorms from the Gulf of Mexico. The total snowfall for most winters is well under one foot. However, outlying areas closer to the western mountains will receive as much as two feet of snow.

Raleigh-Durham s sunny weather means that outdoor activities are many and diverse. If the many golf courses in the area do not suffice, Myrtle Beach, the Golf Capital of the World, is just a short drive away. The sun-soaked beaches of the Atlantic Coast are also within an easy drive from the Raleigh-Durham age-restricted communities, as is Orientals Intracoastal Waterway. Other popular outdoor activities that active adults will find in the Raleigh region include tennis, biking, horseback riding, and hiking in the Piedmont.

The Piedmont Region of North Carolina is also the home of classic Appalachian music, which is currently enjoying a revival through such bands as the Red Clay Ramblers and the Fuzzy Mountain String band. If classical music is more your style, take in a concert by the North Carolina Symphony at the Meymandi Concert Hall in Raleigh, or catch a touring Broadway show at the BTI Center for the Performing Arts. History, art, and science buffs will be swept away by the Raleigh area museums, from the Contemporary Art Museum to the North Carolina Museum of Natural Sciences.

You won t tire of shopping at the Triangle s many unique stores. In October, stop in at Festifall, where artists and craft makers vend their handmade wares. Enjoy dining out in Chapel Hill, which Bon App tit magazine names Americas Foodiest Small Town.

If team sports are your thing, the Research Triangle brings together some of the best college rivalries for some great games, whether you choose to root for the University of North Carolina Wolfpack, the Duke Blue Devils, or the Chapel Hill Tar-Heels. Snowbirds can get their fix of NHL hockey with the local Carolina Hurricanes.

The cost of living within a Raleigh or Durham, North Carolina active adult community is average for the United States as a whole. North Carolina is tax-friendly to retirees because they have a flat rate of 5.8% and in 2015 it will lower to 5.75% with the possibility of further reductions in subsequent years. North Carolina does not tax Social Security income nor does it have an estate tax. The counties of North Carolina tax real estate independently.

The Raleigh-Durham area counts 46 hospitals within a 30-mile radius of Raleigh, including six hospitals belonging to the Duke University Health System, considered among the top healthcare organizations in the country. Continuing an active lifestyle is just part of the high quality of life the Raleigh-Durham area has to offer the active seniors. Many who move to North Carolina 55+ communities are not quite ready to hang up the office tie just yet. Central North Carolina s highly diverse economy makes it easy for active seniors to find jobs in a wide range of fields.