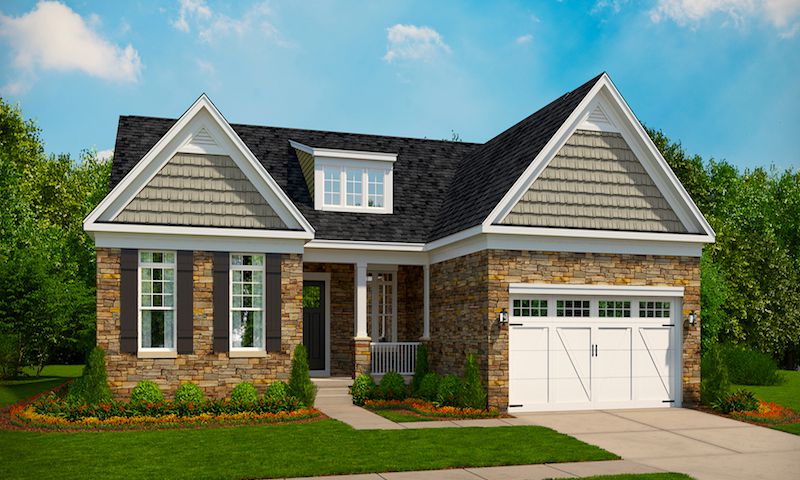 Woodhall is an active lifestyle community located in Cary, North Carolina. Upon completion, it will feature 145 single-family homes in a lush, outdoors-focused area. The single-family homes will focus on a low-maintenance lifestyle and eco-friendly builds. Located in Cary, which is near Raleigh, homeowners will have access to modern amenities and world-class entertainment.

Stanley Martin started construction on Woodhall in 2016. Upon completion, the community plans to include 145 single-family homes. These homes come in floor plans ranging from 1,689 to 4,155 square feet of living space. They have two to five bedrooms, two to five-and-a-half bathrooms, and two or three-car garages. These homes feature one-level living with a first-story master bedroom. These homes include features like open floor plans, modern kitchens, and backyard decks.

Homeowners will be able to participate in various community events throughout the year, including picnics, yard sales, and holiday parties. The homeowners’ association fee will cover exterior maintenance like lawn mowing, water, and hedge trimming. This allows residents much more free time since they don’t have to worry about the state of their yard.

Woodhall is ideally located in Cary, North Carolina, a suburb of Raleigh. Cary is a quickly developing city with many modern amenities. Homeowners at Woodhall will find comfort in knowing there are many grocery stores in the area, including several Harris Teeters and a Lowes Foods. Residents can take advantage of nearby shopping centers, including The Streets at Southpoint and Parkside Town Commons. At both, you can shop, eat, catch a movie, bowl, or even play indoor golf. Homeowners at Woodhall will have access to many different fitness centers, including the recently built UNC Wellness Center – Cary, and Northwest Cary YMCA. Other ways to stay active in Cary include golfing at Prestonwood Country Club, Old Chatham Golf Club, or book a tennis court on any surface at Cary Tennis Park.

Just five minutes away from the community is WakeMed Apex, while Duke University and UNC-Chapel Hill medical services are also nearby. Woodhall is a few minutes from North Carolina-520, from there it’s only a 25-minute drive to Raleigh. Raleigh is a popular city known for its breweries, shopping, and excellent culinary scene. It’s also home to the PNC Arena and various trails and state parks that make for a great day trip. Homeowners looking for a longer vacation can use Raleigh-Durham International Airport for their getaways. All this makes Woodhall a great new construction community for those looking for an active lifestyle in Cary, NC.

There are plenty of activities available in Woodhall. Here is a sample of some of the clubs, activities and classes offered here.

These homes come in floor plans ranging from 1,689 to 4,155 square feet of living space. They have two to five bedrooms, two to five-and-a-half bathrooms, and two or three-car garages. These homes feature one-level living with a first-story master bedroom. These homes include features like open floor plans, modern kitchens, and backyard decks.