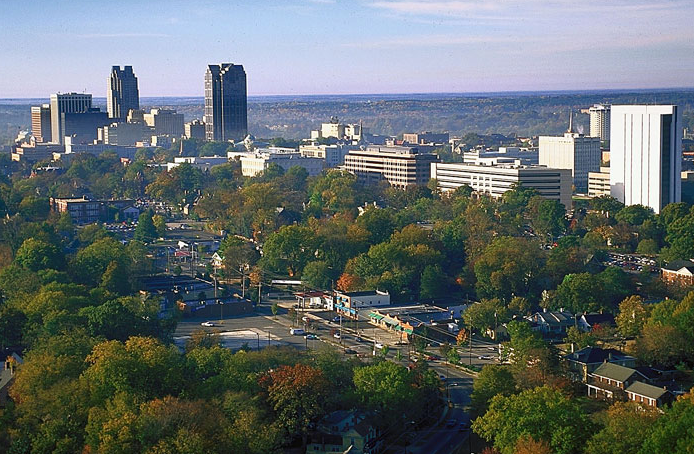 Raleigh, the capital state of North Carolina, is one-third of the The Triangle the other two cities include Durham and Chapel Hill. Raleigh is rich with history with world-class museums and more than 40 free attractions. Popular attractions here include the North Carolina Museum of Art and the state s only non-collection Contemporary Art Museum (CAM Raleigh). Whether you re cheering on the Carolina Hurricanes (NHL), the NC State Wolfpack, or enjoying the area s golf courses, sports enthusiasts will never run out of amusement. Chapel Hill is a university town and is home to UNC-Chapel Hill. It s quickly becoming a popular destination for American cuisine with tons of culinary opportunities. Durham, as well, is brimming with festivals, nightlife, science museums, and more that welcomes 7.8 million visitors every year.

The Triad cities of Greensboro, Winston-Salem, and High Point are also rich with history and boast the state s best wineries. The area is home to SciWorks, a 25,000 square-foot exhibit with a 119-seat planetarium, 15-acre outdoor environmental park and numerous science and health exhibits. Historical attractions like the Museum of early Southern Decorative Arts, Bethabara Historic District, Old Salem, and Reynolda House Museum of American Art are popular with Central North Carolina retirees.

While there are an abundance of big-city entertainment options throughout Central North Carolina, the area also provides tons of options for outdoor adventurers. Uwharrie National Forest lets active adults enjoy the great outdoors and Lake Norman offers a variety of water sports like boating and fishing. The North Carolina Zoo and All-A-Flutter Butterfly Farm are great places to entertain family and grandchildren while enjoying Central North Carolina s mild weather.

North Carolina taxes are less of a burden to its residents compared to the rest of the nation. In 2013 a major tax reform included many benefits for retirees. It lowered income tax rates to a flat rate of 5.8% in 2014, 5.75% in 2015, and further rate reductions are possible in coming years. It also abolished the state s estate tax and continued to exempt Social Security income.