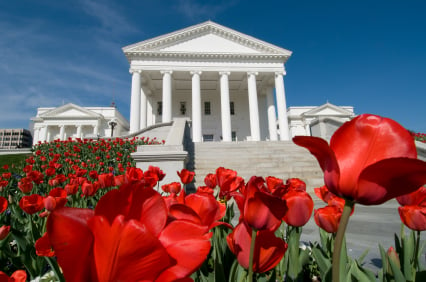 Communities in Virginia (by distance)