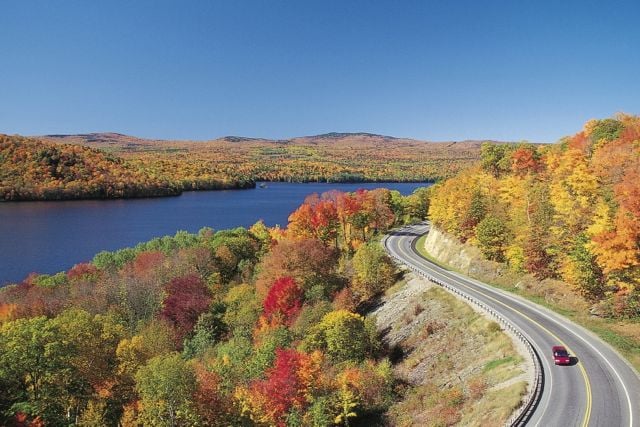 Connecticut is a great place for active adults looking to settle in the New England area. With approximately 3.5 million people, this state borders Rhode Island, Massachusetts, New York, and Long Island Sound, which leads to the Atlantic Ocean. Although it is one of the smaller states in the country, Connecticut active adults enjoy a beautiful climate with endless opportunities for recreation and entertainment along with excellent healthcare throughout the state.

Active adults looking for a great four-season climate will love what Connecticut has to offer. The state has a humid continental climate with summers averaging in the mid 80s and winters in the mid 30 s. Most of Connecticut sees an even pattern of precipitation over 12 months with both rain and snow. The state also averages 56% of days with sunshine, which is higher than the national average.

Connecticut is made up of everything from small rural towns to larger bustling cities. There are 169 incorporated towns in Connecticut. The state capital is Hartford and is also the state's third largest city. Most of the state's active adult communities are located in the Hartford area. The Connecticut River is the longest river in the New England area. This river spans 410 miles starting at the U.S. Canadian border and discharging at Long Island Sound.

Connecticut is rich in history and culture. Becoming the 5th of the 50 United States in 1788, Connecticut is known for being the birthplace of many constitutional changes in the early part of America s history. The Connecticut Freedom Trail is a popular attraction among history buffs as it documents and designates important sites along the trail used by thousands of African Americans who were fleeing slavery.

Active adults who live in Connecticut enjoy a myriad of choices for recreation and entertainment. Golfers will love the numerous public and private courses scattered throughout the state. During the winter months skiers will find multiple places that cater to downhill and cross-country skiing. Those living in Southern Connecticut have access to fishing, boating, and water sports along the coastline of Long Island Sound.

Numerous music festivals find their way to Connecticut such as the International Festival of Arts & Ideas, the Hot Steamed Jazz Festival, and The Gathering of the Vibes, an up-and-coming music festival in Bridgeport, Connecticut featuring musical acts from across the country. Connecticut active adults are sure to find multiple activities that cater to their likes and hobbies. Active adults interested in music and the arts have a great selection of concerts and museums to choose from.

Taxes in Connecticut are slightly higher than the national average. Income tax is based on total income and is divided into six brackets ranging from 3% to 6.7%. The state levies a sales tax on goods of 6.35% and Connecticut residents also pay the 2nd highest average on property tax.

Homes in Connecticut have a median cost of approximately $226,000. Connecticut also has the most multi-million dollar homes in the northeast and second in the country behind California. While the cost of living for Connecticut active adults might be slightly higher than the national average, many say it s worth every penny.

Connecticut offers excellent health care to its residents. There are approximately 332 active physicians per 100,000 residents. With 24 major hospitals in the state, active adults are never too far from medical services incase of an emergency. On average these hospitals provide care for more than 425,000 patients yearly. With numerous hospitals and specialized medical centers active adults living in an age-restricted community in Connecticut should feel good knowing they are never too far from any type of medical care they might need.