New Albany
View on a Map 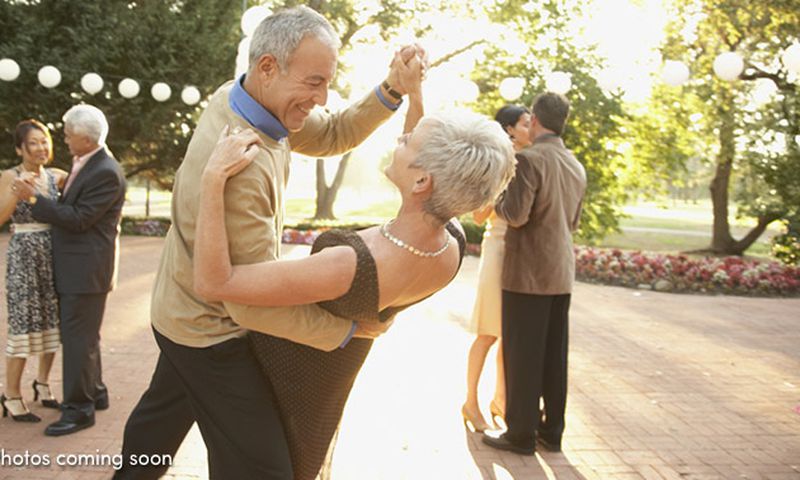 Nottingham Trace is an upcoming 55+ community in New Albany, Ohio. Pulte Homes plan to build only 58 single-family homes in this community, providing active adults with an opportunity to live in a tight-knit neighborhood and get to know their neighbors. Plans call for an amenity center, trails connecting to regional parks, and retail centers and medical facilities within minutes of the community. Homebuyers looking for New Albany homes for sale will enjoy the options available at Nottingham Trace.

Residents at Nottingham Trace will have access to a full amenity center for social activities and special events as well as everyday workouts and meetings. Plans include a fitness center and several multi-purpose rooms.

Outside, residents can enjoy pickleball courts, bocce ball courts, and plenty of trails and paths for walking, biking, and jogging. Dedicated outdoor spaces for community gatherings are also planned as construction is completed.

Residents have plenty of time to enjoy their free time and pursue their passions because lawn care and snow removal are handled by the community.

Pulte Homes began construction of Nottingham Trace in 2019 and plan to build 58 new single-family homes total. Homes range from 1,683 to 2,168 square feet and have between two and five bedrooms, two-and-a-half to four-and-a-half bathrooms, and an attached two-car garage. Features in some homes include options for dens, office space, or lofts. Oversized homesites are available for buyers looking for additional space, and construction can include basements. There’s also an option for a larger garage that would hold a third car or provide some extra storage.

The Abbeyville model measures 1,683 square feet and includes between two and four bedrooms and either two or three bathrooms. The open layout includes a gathering room which works for entertaining, and it’s also possible to build a model that includes an office or a den.

With 1,898 square feet, the Senoia model is single-story but there’s an option for a loft. Standard models are two-bedroom, but up to five bedrooms can be purchased. Large windows throughout the house give these models abundant natural light.

The Ascend model has between two and four bedrooms and two or three bathrooms. There are at least 1,935 square feet of living space in these homes. Buyers who love to cook will appreciate the updated kitchen features, including a rounded island with plenty of extra prep space and seating.

The Martin Ray is another model with an open floor plan and a cook’s kitchen that comes standard. A large island offers entertaining space while a walk-in pantry provides tons of storage. This plan offers 1,953 square feet, two to four bedrooms, and two or three bathrooms.

The largest model is Eastway, which has over 2,000 square feet, between two and five bedrooms, and two to four bathrooms, as well as a half bath for guests. A large open floor plan, a kitchen island with a sink, and optional loft spaces are the main features of this model.

Nottingham Trace is located in New Albany, Ohio, just outside of Columbus. Residents are within three miles of shopping, golf, healthcare, and recreation.

Residents of Nottingham Trace are close to daily conveniences like grocery stores, banks, retailers, and pharmacies. Local restaurants include FireFly American Bistro and Zero’s Pizza. For nightlife, residents aren’t far from Goat and Rusty Bucket Restaurant & Tavern. The Easton Town Center is a 15-minute drive away and offers plenty of shopping and fine dining options.

Golfers at Nottingham Trace will appreciate the community’s proximity to several well-established courses. New Albany Links Golf Club and New Albany Country Club are just a few minutes away. Local parks are within walking distance, and there are dozens of interconnected trails, paths, and parks throughout the Columbus metro area.

Local healthcare providers include an urgent care center that’s only two miles away and two facilities in the Mount Carmel hospital system that are within five miles of Nottingham Trace. Also in New Albany is Philip Heit Center of a Healthy New Albany, a health and wellness facility that offers medical care as well as a pool and fitness center.

Residents who want to visit Ohio’s capital city are in luck. New Albany a 30-minute drive to Columbus, via Interstate 670. The John Glenn Columbus International Airport is even closer for residents who are planning bigger adventures.

Homes in Nottingham Trace range between 1,683 to 2,168 square feet and have between two and five bedrooms, two-and-a-half to four-and-a-half bathrooms, and an attached two-car garage. Features in some homes include options for dens, office space, or lofts.

Proposed amenities at Nottingham Trace include:

Check back soon for more information on the lifestyle in Nottingham Trace.