Fort Myers
View on a Map 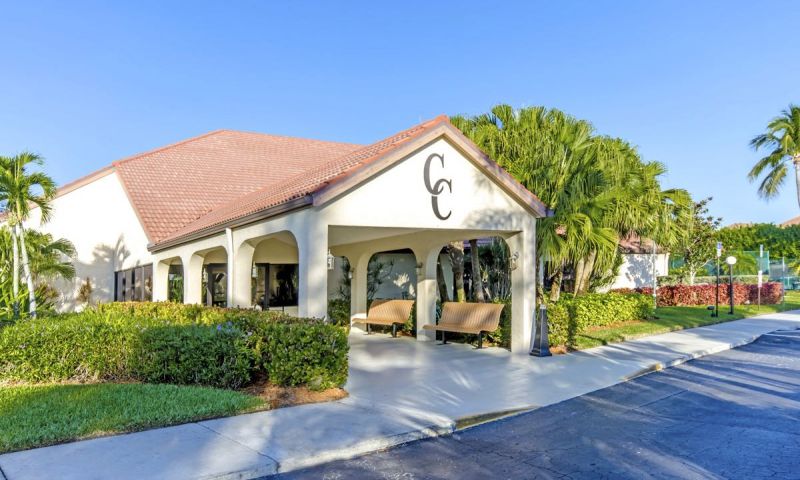 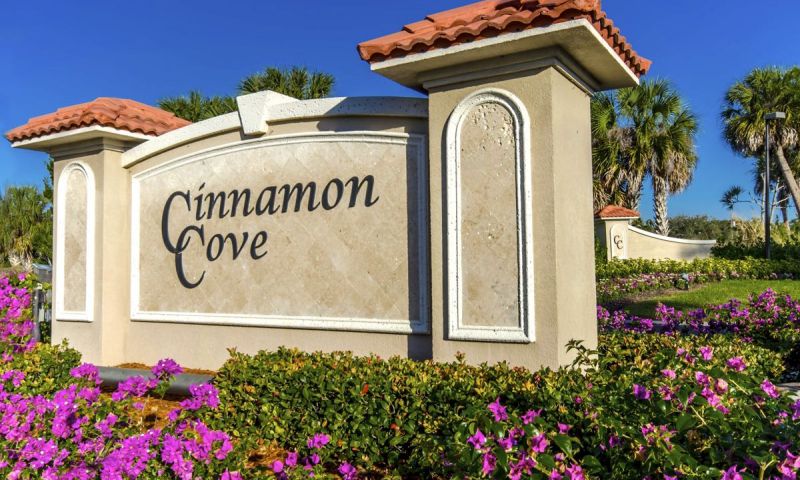 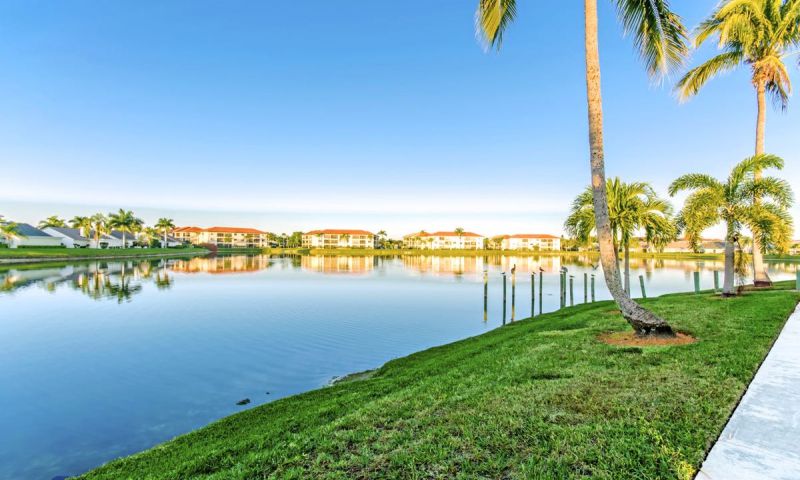 Cinnamon Cove in an established gated community in Fort Myers, Florida. There are a variety of 770 low-maintenance homes built by U.S. Homes between the years of 1981 and 1992. Cinnamon Cove offers resale single-family homes, villas, and condominium units with beautiful lake views; providing an array of choices for today s active adult homebuyer.

Recreation and entertainment is made easy at Cinnamon Cove with a clubhouse director, outdoor courts, and three fishing lakes all found within the community. Numerous social and common interest clubs are provided as well. From bocce ball to bridge or computer club to book club, there is something for everyone's social calendar at Cinnamon Cove. Cinnamon Cove consists of over a dozen neighborhoods. The majority of these neighborhoods have an age restriction of 55 or better, while some have no age restriction.

Residents of Cinnamon Cove enjoy exclusive access to a clubhouse located within the gated community. Facilities provided by the clubhouse allow residents to keep their mind and body fresh. Both the fitness center and large main pool and spa adjoined to the clubhouse offer on-site fitness programs at Cinnamon Cove. Water aerobics and core exercise classes led by certified instructors are just a few of the popular classes offered for residents. Residents can also use the clubhouse s picnic tables, gas grills, catering kitchen, billiards, table tennis, and meeting rooms for small gatherings to entertain family and friends.

Cinnamon Cove boasts multiple outdoor amenities throughout their attractively landscaped community. Residents enjoy playing on the tennis, pickleball, bocce, and shuffleboard courts that surround the clubhouse. There are three lakes and a fishing pier conveniently situated inside of Cinnamon Cove, accessible by all residents for fishing.

Cinnamon Cove offers resale homes built by U.S. Homes between 1981 and 1992. The gated community contains 770 single-family homes, villas, and terraced condominiums. Offering a simpler lifestyle with minimal maintenance, the terraced condominium units range from 931 to 1,057 square feet and overlook one of the three lakes. Each 30-unit condominium building has two bedrooms, two bathrooms, an elevator, covered parking, storage space, and a lanai.

Two types of villas can be found at Cinnamon Cove; the Garden Villas and the Pool Villas. Each villa complex surrounds either a pool or garden exclusively for those residents. Both villas at Cinnamon Cove offer two bedrooms, two bathrooms, a covered parking, and storage units. Both of Cinnamon Cove's villas provide more privacy with the low-maintenance lifestyle of a condo.

There are a variety of single-family homes throughout Cinnamon Cove. Most of these homes can be found on one of the lakes throughout the community. These two to three bedroom homes range from 1,356 square feet to 1,833 square feet. All homes have a lanai, attached two-car garage, and eat-in kitchen.

The Cinnamon Cove s master association collects a quarterly fee that provides a maintenance-free lifestyle for all homeowners. Additionally, each neighborhood has an association that collects a fee to maintain their pools and common outdoor areas as well. These associations allow every home and resident to have no exterior lawn maintenance and more time to enjoy their active lifestyles.

True to Fort Myers active living, Cinnamon Cove provides a never-ending array of entertainment. Ten outdoor pools and three fishing lakes provide an active lifestyle with friends and neighbors. Finding a club that sparks your interest at Cinnamon Cove is made simple with the full-time activities director. The activities director coordinates an abundance of planned events including group excursions to local Fort Myers beaches, concerts, and restaurants. Photography club, book club, and computer club are just a few of the interest groups that meet monthly at Cinnamon Cove. Whether you re interested in water aerobics classes, partaking in a game of bridge or poker, or attending seminars provided by AARP, Cinnamon Cove has something for everyone.

Cinnamon Cove is located just west of I-75 and north of the intersection at San Carlos Boulevard and Summerland Road in Fort Myers, Florida. The Fort Myers Beach Trolley located right outside of Cinnamon Coves provides an accessible beach life for all residents. With two bus stops located outside of both gates at Cinnamon Cove, residents have public transportation to reach the Fort Myers Airport located less than 15 miles away. Major grocery chains, pharmacies, and restaurants are just a short walk away as well.

Whether attending a Minnesota Twins spring training game or an off-Broadway play at the Barbara B. Mann Performing Arts Hall, Cinnamon Cove's prime location in Southwest Florida provides entertainment for everyone. Boca Grande is just an hour's drive away, ideal for weekend getaways with world-class fishing. Cinnamon Cove offers great amenities and a maintenance-free lifestyle with plenty of social activities for the 55+ homebuyer in Fort Myers, Florida.

Most of the single-family homes can be found on one of the lakes throughout the community and feature a lanai, and eat-in kitchen. These homes range from 1,356 square feet to 1,833 square feet and have two or three bedrooms, two bathrooms, and an attached two-car garage.

There are plenty of activities available in Cinnamon Cove. Here is a sample of some of the clubs, activities and classes offered here.

There are plenty of activities available in Cinnamon Cove. Here is a sample of some of the clubs, activities and classes offered here.

Date (Recent first)
Susan L.
(Resident/Homeowner)
4.0
Just bought a nice condo here and I am enjoying settling in to my new community. So far so good. I've met some friendly people over at the clubhouse who have been very nice to show me around. The location is good very close to the water and all the basics I need like the grocery stores, etc. The clubhouse has all your basics and the prices here are reasonable.