Delray Beach
View on a Map 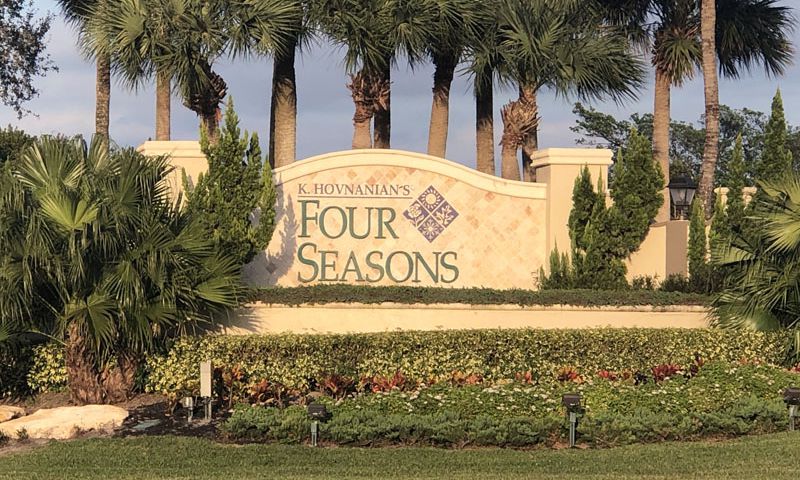 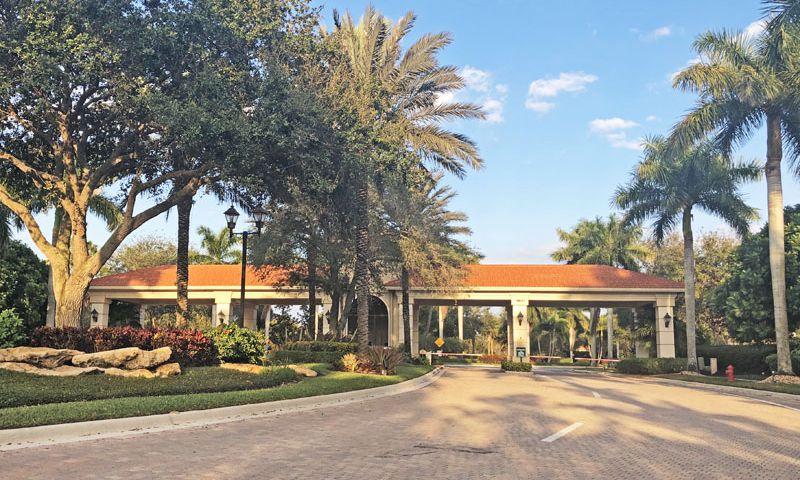 The community's desirable location in proximity to daily conveniences and golf courses make it appealing to active adults. In addition, the neighborhoods incredible amenities will appeal to active adults and retirees. These amenities include a full-time activities director and a well-appointed clubhouse.

The 10,000 square-foot clubhouse at the heart of Four Seasons at Delray Beach features a variety of social, hobby and fitness areas. The social areas include a catering kitchen, a  ballroom, two card rooms, library, and billiards lounge with a bar. Crafty residents can pursue their activities with others at the communal arts and crafts room.

The facilities include a state-of-the-art fitness center that features strength training and cardio equipment, an aerobics room, sauna, and locker rooms. The grounds boast a lavish resort-style heated pool with a spa and private cabanas as well as six lighted championship Har-Tru tennis courts. The latter is used for tournament play as well as casual matches.

K. Hovnanian offered ten single-story models designed to offer between 1,724 and 3,870 square feet of air conditioned space. Seven plans have two-car garages, and the three remaining models feature three-car garages. Homes have a minimum of two bedrooms and two bathrooms. One of the two-bedroom models has a den while five others have the option of turning the den into a third bedroom. The most spacious model comes with four bedrooms and three baths. Buyers who are looking for something in between can select from four models with two-and-a-half baths or two models that have three bedrooms plus den options.

Four Seasons at Delray Beach offers a very active lifestyle coupled with timeless and sophisticated European charm. Residents of this upscale, attractive neighborhood enjoy the close bonds that form in a small community, but do not have to sacrifice the type of amenities that are generally reserved for larger active adult communities.

An activities and social director ensures that all residents can partake in a large variety of social and physical opportunities. In addition, residents regularly participate in movie nights, tennis tournaments, circuit training, yoga, water aerobics and a needlecraft club.

Situated north of the intersection of U.S. 441 and Atlantic Avenue on the west side of Delray Beach, this gated community is within minutes of beaches and downtown Delray that is known for its whimsical art scene and vibrant atmosphere. Downtown Delray Beach offers a multitude of boutiques, galleries, dining establishments from casual to five star, and cafes.

Single-family homes by K. Hovnanian range from 1,724 to 3,870 square feet. These models have two to four bedrooms, two to three bathrooms, and an attached two or three-car garage. Some of the great features K. Hovnanian included in these homes are eat-in kitchens, over-sized master bedrooms, and low-maintenance exteriors.

There are plenty of activities available in Four Seasons at Delray Beach. Here is a sample of some of the clubs, activities and classes offered here.

There are plenty of activities available in Four Seasons at Delray Beach. Here is a sample of some of the clubs, activities and classes offered here.

Date (Recent first)
Sue
(Resident/Homeowner)
5.0
We've been here 2 years and love it. We have made some very nice friends and it is a generally great active place to live.
Susan L.
(Resident/Homeowner)
5.0
We searched a long time before deciding on Four Season Delray Beach. We ended up finding a larger home here (about 3800 square feet), which ended up being hard to come by in other 55 communities. We wanted something gated for privacy and smaller yet still having outstanding amenities. The clubhouse here is wonderful, elegant yet still inviting. Overall we are very happy with the community, our home and the new friends we've made here.