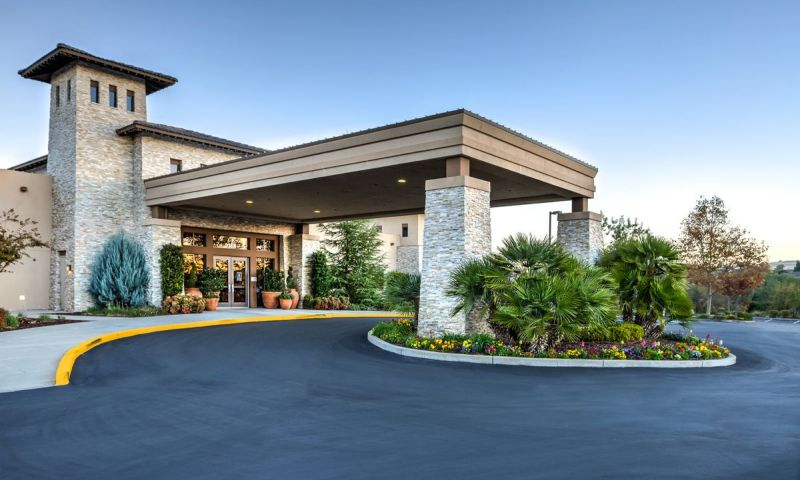 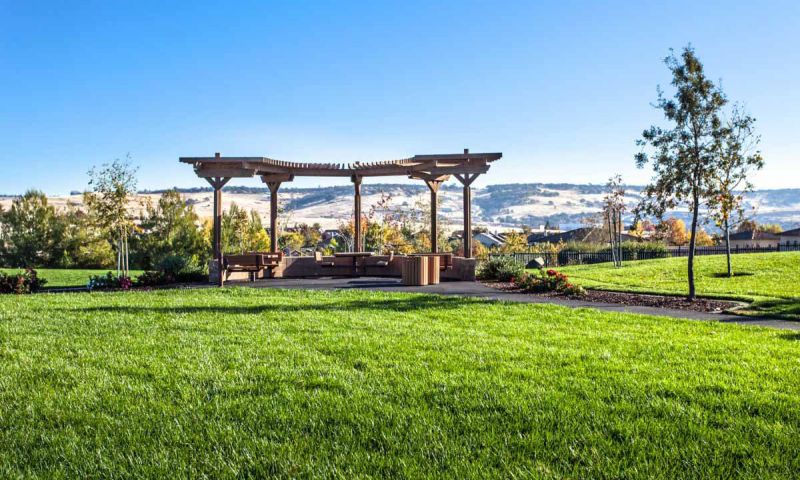 Four Seasons at El Dorado Hills by K. Hovnanian is a small community yet large on amenities and and wide in price range, attracting buyers 55 and better from all across the state. The clubhouse is a very popular spot for residents to get together for the the community's long list of clubs and activities. A unique feature of Four Seasons at El Dorado Hills is their two-acre community gardening area and a series of lush, beautiful gardens.

Four Seasons at El Dorado Hills boasts a 12,500 square-foot clubhouse The Lodge, which greets residents with a double-sided fireplace and a cozy lounge area. The library with computers and the media lounge with plenty of seating and a big screen TV offer plenty of opportunities for relaxation. An arts and crafts room is available for pottery, needlepoint, and other crafting activities. The ballroom at the Lodge, with a commercial chef's kitchen, sets the stage for social events. There is also an all-important fitness room, where residents can break a sweat using one of several cardiovascular machines while catching their favorite TV shows. Showers, lockers, and a sauna are also part of the state-of-the-art fitness center.

The outdoor resort area at Four Seasons at El Dorado Hills has an Olympic-size lap pool with controlled temperature. There are also two lighted competition tennis courts, as well as bocce ball, shuffleboard, and horseshoe areas. Outdoor fireplaces, a BBQ area, gazebos and pathways enhance the area and make good places for residents to come together and socialize.

Construction at Four Seasons at El Dorado Hills started in 2004 by K. Hovnanian (KHOV) and was completed in 2009. Four Seasons at El Dorado Hills is now host to 460 elegantly styled single-family homes, fostering a more intimate 55+ community. Homes are available on a resale-only basis and range in size from 1,389 to 3,245 square feet and feature two to four bedrooms, two to three bathrooms, and a two or two-and-a-half-car garage. There are ten different floor plans and all are ranch style design except for the largest one, which features a second story bonus room. Each model has three exterior styles, which makes for a diverse streetscape. Homes at Four Seasons in El Dorado Hills typically have large great rooms and spacious kitchens that open up to each other.

Active adults at Four Seasons at El Dorado Hills enjoy the best in resort-style living where an atmosphere of ease and welcome extends to all. Explore your creative side with the art club or push yourself with yoga classes. Active adults can challenge their neighbors by joining a game of poker in the clubhouse or signing up for a pickleball tournament. From bingo to books to bocce, Four Seasons at El Dorado Hills has the clubs and activities to keep any active adult's calendar full. Residents at Four Seasons also like to organize dances, dinners, parties as well as seminars, and are active in a variety of clubs.

If enjoying the unmatched California weather is more appealing, then join the residents who get to experience some hands-on gardening with the two-acre community garden. It consists of a rose garden, an orchard, an herb garden, six raised handicapped and eighteen individual garden plots. Residents have also carefully cultivated a vineyard, making several varieties of wine and new friends in the process.

Minutes away from Four Seasons at El Dorado Hills is the Town Center of El Dorado Hills. Shops, restaurants, banks, gas stations, movie theaters, and even a post office are part of the center. Special events take place there as well and change from year to year. The area has has several volunteer opportunities for those who are only semi-retired or want to be active in the larger community.

Four Seasons at El Dorado Hills is only a 30-minute drive away from Sacramento with its high class shopping, restaurants, nightlife and the Sacramento International Airport. This makes it very convenient when it comes to long distance travel or visiting family members. Sacramento also has many special events. Some examples are the Sacramento Jazz Jubilee, Pacific Rim Street Festival, Gold Rush Days, Waterfront Festival, and Fireworks Spectacular. During the winter season, Lake Tahoe provides great skiing and snow boarding. At Four Seasons at El Dorado Hills, active adults will never lack in fun and social things to do.

The Alpine Series are cozy homes that still offer spacious designs from 1,389 to 1,703 square feet. With three models to choose from, the Alpine Series is perfect for homebuyers who want to enjoy Four Seasons at El Dorado Hills on a modest budget. All homes in the Alpine Series feature two bedrooms, two bathrooms, and an attached two-car garage.

Open and airy is the perfect way to describe the Wildflower Series homes. Expansive great rooms and large kitchens with islands make the Wildflower homes perfect for homebuyers who want some extra space to spread out and relax or entertain friends. All homes feature two to three bedrooms, two bathrooms, and an attached two-car garage.

Whether you want to invite the whole family to come visit for the weekend or have a party with all your favorite friends, the Trails Series is the answer. This series of homes comes with two to four bedrooms, two to three bathrooms, and an attached two or two-and-a-half-car garage. With four spacious plans from 2,329 to 3,245 square feet you are sure to have plenty of room. Large front courtyards and options like expanded garages and second floors further add to the appeal of these well-designed homes.

Amenities at Four Seasons at El Dorado Hills include:

There are plenty of activities available in Four Seasons at El Dorado Hills. Here is a sample of some of the clubs, activities and classes offered here.

Date (Recent first)
Lora L Allen
(Resident/Homeowner)
5.0
I have been here a little over two weeks and really like everything about my surroundings. The people are so friendly, the community is very laid back and quiet. It is close to all kinds of shopping and convenient to grocery stores. I am very happy to have found this community.
Susan L.
(Resident/Homeowner)
4.0
The outdoor appeal of the location is what really tipped our decision to buy here. The clubhouse is nice but I'd prefer to be outdoors. The pool here is good, we like the walking trails and the community garden was something new to us but is a nice extra. The trails over at Folsom Lake are nice too and you can buy a year pass for around $20.