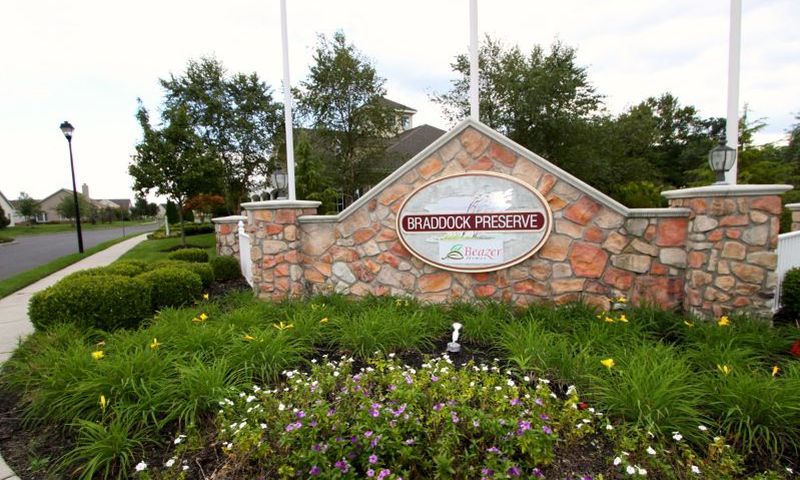 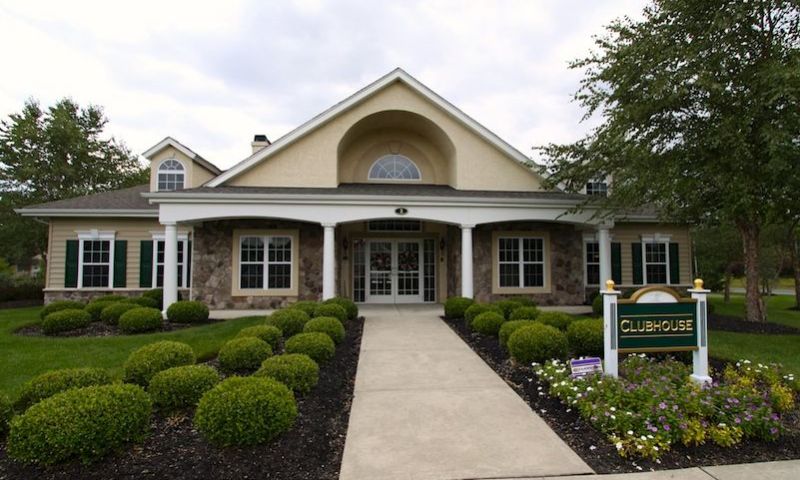 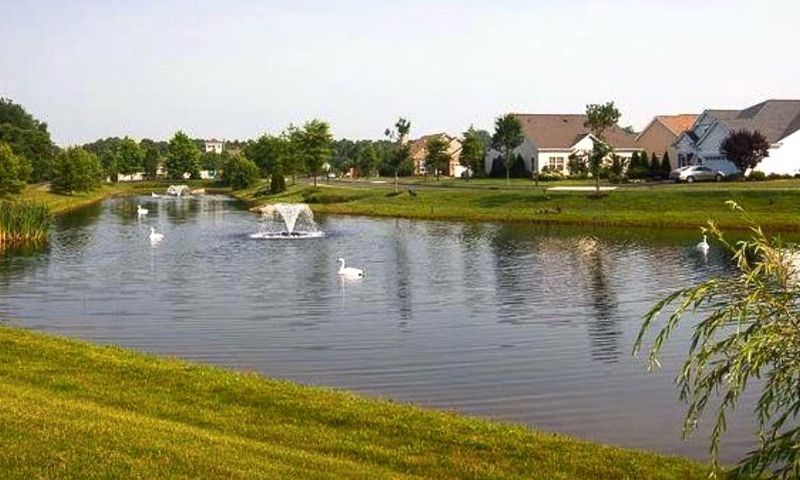 Braddock Preserve at Winslow has a 3,741 square-foot award-winning clubhouse. It offers plenty of space for socializing such as an elegant lounge, a well-appointed kitchen, conference room, meeting room, game room with fireplace, and billiards room for enjoying some friendly competition with neighbors. There is also an arts and crafts room where hobbyists get together to exchange ideas and work on creative projects. The clubhouse also includes a well-equipped fitness center with cardiovascular and strength-training equipment.

Outdoors, residents have use of a swimming pool with a patio, bocce ball courts, and a putting green. The picturesque grounds include a beautiful greenhouse, water features, and scenic walking trails.

DeLuca Homes developed Braddock Preserve beginning in 2005 before Beazer Homes took over the community. The median lot sizes for these free-standing ranch homes is around one fifth of an acre. The attractive exteriors feature vinyl siding, stucco, and stone. DeLuca Homes introduced eight floor plans. These bright, open floor plans range in size from approximately 1,400 to over 2,300 square feet and come with one or two bedrooms, two or two-and-a-half bathrooms, and an attached two-car garage. In addition to garages, parking spaces are available in driveways and on the street.

Beazer Homes began construction in 2012 on six different models. These models range in size from approximately 1,600 to over 2,000 square feet and features one to three bedrooms, one-and-a-half or two bathrooms, and an attached two-car garage. Other elements of these homes may include foyers, hardwood floors, crown molding, sunrooms, tiled baths, corner soaking tubs, upgraded kitchens, breakfast bars and nooks, fireplaces, security systems, and patios. Some homes at Braddock Preserve at Winslow also have basements.

Braddock Preserve at Winslow offers an impressive resort-type lifestyle that fits the needs of today’s single-family active adult homebuyer. Even though there is no activities director, residents of Braddock Preserve at Winslow still lead an active social life. Theater trips to New York City and Atlantic City, holiday parties, poker nights, men's night, bowling nights, movie and dinner nights, pinochle, Mah Jongg, bike tours, ladies' night, and mystery dinners are only some of the social events in which residents participate. The monthly homeowner’s association dues include lawn care as well as snow removal for all driveways, walkways, and parking areas, giving residents more time to participate in the activities they love or to find a new hobby.

Braddock Preserve at Winslow in Berlin is centrally located next to Route 42, Route 73, and the Atlantic Expressway. For regular shopping as well as daily conveniences, residents are within easy reach of the Berlin Shopping Plaza. For upscale shopping, it is only fifteen minutes to several shopping malls. These include the Promenade Mall, the Cherry Hill Mall, and the Moorestown Mall.

Things to do in the Berlin area include going to concerts at the Susquehanna Bank Arts Center and Camden Waterfront Park. The New Jersey State Aquarium on the Camden Waterfront is also worth a visit. Several cities are nearby that make for exciting day trips, including Philadelphia, Trenton, Atlantic City, and New York City, all a short drive away. The closest major airports to Braddock Preserve are Philadelphia International Airport and Atlantic City International Airport. Active adults in Berlin, New Jersey will love living at Braddock Preserve at Winslow because of its low-maintenance lifestyle in a highly desirable area.

DeLuca Homes began construction on Braddock Preserve at Winslow in 2008 and offered eight floor plans. These homes range in size from approximately 1,400 to over 2,300 square feet and come with one or two bedrooms, two or two-and-a-half bathrooms, and an attached two-car garage. Please Note: Not all floor plans are available at this time

Beazer Homes took over the community from DeLuca Homes in 2011 and completed construction in 2014. Beazer offered six floor plans ranging in size from approximately 1,600 to over 2,000 square feet and features one to three bedrooms, one-and-a-half or two bathrooms, and an attached two-car garage.

There are plenty of activities available in Braddock Preserve at Winslow. Here is a sample of some of the clubs, activities and classes offered here.

There are plenty of activities available in Braddock Preserve at Winslow. Here is a sample of some of the clubs, activities and classes offered here.